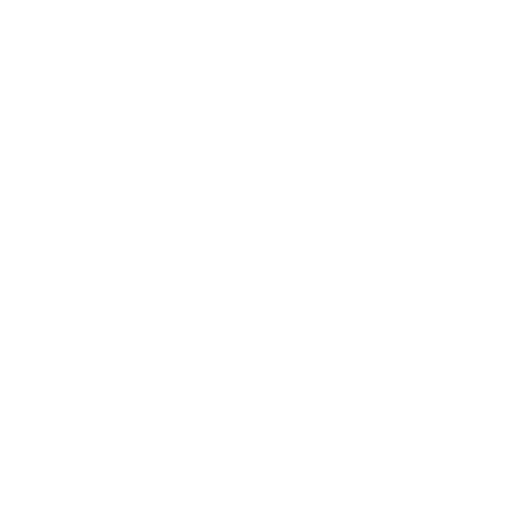 Sometimes, Heartbreak Is The Best Thing That Could Ever Happen To You

About 5 years before I met Shep, I was a 25 year-old living in Washington D.C. I was newly single and I went to a club one night with a group of girlfriends to get out of my break-up blues. We were all dancing in a group when I kid you not, the sea of people in front of me parted and this fine ass man was standing in front of me. I still remember what it felt like when I locked eyes with him. My whole body tensed up and for some reason, I said "uh-oh" out-loud right before he took his final step to me.

He asked for my number. I tried to play it cool while I typed it into his phone. He said he'd call the next day and he did. I loved how intentional he was right off the bat and how he took initiative. We set up a time for a date and when that day rolled around, he picked me up on time and took me to a nice restaurant where we had an incredible dinner, margaritas and talked forever. To this day, it's still the best first date I've ever had.

For context, I had previously dated this other guy for about two(ish) years, but I never felt like he was all that serious about me. Dates weren't really planned, there were no thoughtful cards or flowers just because and he certainly never picked me up and took me anywhere. So when I met this new guy, it was a whole new experience for me. For the first time in my life, I felt like I was dating a grown-ass man.

Almost from our first date we were inseparable and I fell in love hard and fast. He love-bombed the crap out of me and was everything I ever thought I wanted. Tall, handsome, well-educated, close with his family, gainfully employed, emotionally available, generous, funny, and the sex was great.

Except...he wasn't a lot of the things I initially thought he was.

Almost immediately, there were signs that he wasn't everything he claimed to be. Whenever he spoke about his exes, he made it seem like he was this perfect man who had the misfortune of repeatedly attracting women with huge mental health issues. Nothing was ever his fault. He had no close friends. Literally, never met anyone out for drinks or just to hang out. He was incredibly isolated and happy to be so. He also had a temper. He once publicly screamed at me and threw a jug of lemonade to the ground (it exploded everywhere) because we were having a heated discussion about basketball and homophobia.

Still, I wanted to be perfect for him so I started to change. I basically moved in to his apartment and we never left it unless it was to see a movie. I stopped seeing my girlfriends as much and when I did, I'd let them know that I could only hang out with them for an hour or two because my boyfriend was coming to pick me up. I started playing the role of what I thought a good wife was. I grocery shopped, cooked dinner almost every night, did the laundry, cleaned his apartment. I was disappearing and becoming a version of myself that my friends didn't recognize. But to me, then, it felt like a privilege to be that man's woman.

Whenever conflict rose up in our relationship I held my tongue because I was afraid of him getting upset with me and ending our relationship. He disrespected me publicly, paraded my struggles with anxiety and depression out in front of his mother without my consent and questioned my ability to be a financial partner to him. I took it all in stride and just thought "well these are the normal ups and downs in relationships." Sitting here remembering all of this now,  want so badly to go back in time and shake the shit out of myself.

We started talking about the possibility of getting engaged and moving from D.C. to the West Coast about halfway through our relationship. I was so sure he was The One that I told my boss at the time that I wouldn't be working with her too long because my boyfriend and I were moving to San Francisco. We went ring shopping and he even told my mom that he would be asking my dad for permission to propose to me when we traveled to Los Angeles in September for my parents then annual Labor Day party.

But that never happened. Just as quickly as he came into my life and changed everything, he left it.

One unremarkable day in July of that year, we'd gotten into a fight (if you can even call it that). I had planned to host my girlfriends for a much needed weekend sleepover at my apartment so I decided to give him a little space and not reach out until it was over. I called him that Sunday in a good mood. I'd had the best time reconnecting with my girls and I was ready for the little tiff he and I were in to be over.

When I called, he told me that he was breaking up with me. He gave some explanation that for the life of me, I can't remember now. I rushed to his house to beg him to reconsider and when he said that he wouldn't, I grabbed what clothes of mine I could carry in my arms and walked out. My best friend Dani went back to his apartment a few days later (with his consent we're not that crazy!) and grabbed the rest of my stuff.

That's the last time I ever heard from or spoke to him.

The word gutted doesn't fully describe what I felt. I cried over that man literally every day for a year. I'm talking sobbed, like someone I loved died. I blamed myself for the end our our relationship  He'd spent a lot of time during the year we were together subtly tearing me down so when we broke up, I truly believed that it was my mental issues that caused it. I was so heartbroken that I threw myself into studying for the GRE so I could go to grad school and get the hell out of D.C.

One day a few months post-break-up, I finally told my mom about everything that had happened in our relationship. Everything he'd ever said to me, every fight. She started crying. She told me that had she known his character in that way, she would have told me to leave immediately. She made me write down a list of characteristics I wanted in a husband and another list of behaviors that I would never accept from a man again. I put my two lists in a book and forgot about it.

I remember the last day I cried over my ex. My mom took me to the beach in Santa Barbara. I'd gotten accepted into a graduate program at USC and had moved home to attend school. LaDonna had me write him a goodbye letter. We burned it right there on the beach and I never shed another tear over that man.

Over the next two years, I immersed myself in school, reconnected with my girlfriends and delved into my love for cooking and writing. I dated, not seriously, traveled and adopted Billie (my insane chihuahua). I slowly got over my heartbreak and started enjoying myself and the single life again.

And then one day, a girlfriend invited me to a graduation party for a bunch of USC medical students where I exchanged a few words with this hairy nerd in the corner and my life changed forever. A few weeks after we met, I found a book with bits of paper stuffed in it and I pulled it out to see what it was. It was the list of traits I wanted in a forever partner. The one I'd written with my mom over two years ago in the depths of my heartbreak. Shep checked off every thing on that list and a few years later I married him. Now, we have a beautiful baby girl and an insanely full life.

The point of me sharing my story is to say this:

some times, heartbreak is necessary for a break through.

Because of my relationship with that man, I learned that I could be happy on my own, that maintaining a strong relationship with my girlfriends is a non-negotiable, and that real love...good love...doesn't hurt.

My marriage isn't perfect and certainly there have been hard moments, especially since becoming parents, but I married a good man who I trust  with my heart. He has never intentionally hurt me and never would. He keeps my secrets. He builds me up and he protects me.

The love you seek, is seeking you, too. I know deeply how much it hurts to get your heart smashed. I also know the joy of having it rebuilt and fortified with reciprocated love.

Whatever season you're in with your dating life, just know this: if it doesn't feel good to your soul...it isn't good for you. If you don't walk away from the person who isn't loving you right, you'll never find the person who will.

I know it's scary, but love yourself enough to seek out better. It's there. Trust me.

You got this girl and I've got you!

How To Hire A Nanny And Let Go Of The Guilt Around Doing It!

Contrary to popular belief, moms don't have to do it all. Here's why you should hire help and how you can start the process.
Ryan Shepard
Read More
Mom Life

Being the one in charge of creating holiday magic can take its toll. Here is how I'm dealing with it.
Ryan Shepard